Zechariah: A book you can't afford to neglect 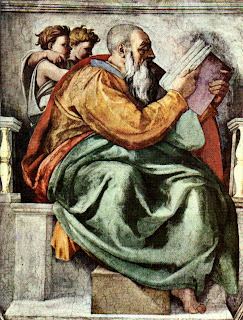 On Sunday mornings I'm currently preaching my way through the book of Zechariah. This coming Sunday, God willing, we will begin to consider the first oracle in chapter nine. Admittedly, Zechariah may not appear to be an obvious choice for a main expository series.

In fact the very strangeness of the book, with its seemingly oblique night visions, may well prompt us to think that it is going to be difficult to interpret, too demanding to preach in an accessible way, and too complicated to apply. Preachers feel the pressures of congregational needs. Will a series on Zechariah really meet them? Would this not be greeted with some wondering thoughts about its relevance and appropriateness?

There is, however, one substantial deciding factor in assessing the relevance of Zechariah for an expository series. Before you ask whether your congregation will find it relevant, weigh the fact that Jesus did.

Don Carson touches on this point in the second volume of For the Love of God: A daily companion for discovering the treasures of God's Word:

However difficult they may be, chapters 9-14 constitute the Old Testament section most quoted in the passion narratives of the canonical Gospels, and the second most important source (after Ezekiel) for the countless Old Testament allusions in the book of Revelation.

I think that the clear implication of this, that these difficult chapters were so pressingly relevant to the self-consciousness of the Son of God at the very point where his earthly mission reached its climactic crisis, and so deeply instructive for his disciples as their Master's life reached its dénouement, ought to make us realise that this book is overwhelmingly valuable and relevant if we want to know nothing except Jesus Christ and him crucified.
Posted by Martin Downes at 1:40 PM

What commentaries have you found to be most helpful as you've worked through this book?

I will post something on this in due course. I've used Luther, Calvin, Webb (BST, but christologically weak), Kline on 1-6, Duguid, Rick Phillips, Palmer Robertson's "Christ of the Prophets" has been a help too.