Augustine and the Trinity: Lewis Ayres 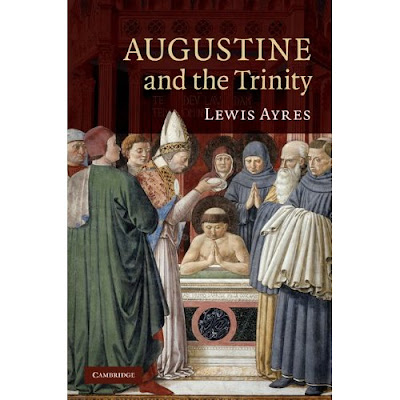 This book looks very interesting. Shame that it is so expensive. I shall have to cancel the family holiday to buy it. I'm sure the kids will understand.


Augustine of Hippo (354–430) strongly influenced western theology, but he has often been accused of over-emphasizing the unity of God to the detriment of the Trinity.

In this book Lewis Ayres demonstrates how Augustine’s writings actually offer one of the most sophisticated and persuasive of Nicene Trinitarian theologies. Culminating recent research by scholars in Europe and the US, Ayres argues that Augustine's earliest Trinitarian writings drew on a variety of earlier Latin traditions which stressed the irreducibility of the Father, Son and Holy Spirit as well as on the Neo-Platonist philosopher Plotinus.

Ayres then demonstrates how Augustine's mature writings offer an elaborate and unexpected account of the Trinity as defined by the inter-personal life of Father, Son and Spirit. Ayres also shows that Augustine shaped an account of Christian ascent toward understanding of and participation in the divine life which begins in faith and models itself on Christ’s humility.

This new treatment of Augustine of Hippo’s theology of the Trinity defends one of the most influential figures in western religious thought against the long-held assumption that he over-emphasized the unity of God. Culminating recent research, Ayres argues that Augustine actually offered one of the most sophisticated early Trinitarian theologies.

Posted by Martin Downes at 4:11 PM

I might look for this in the near future. I'm always interested in fresh takes on old Fathers. Thanks for the input.