Heresy Never Dies (10): The War of the Words, open theism and Socinianism 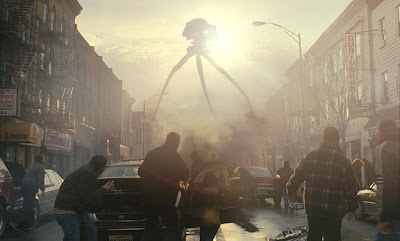 The open theist denial of God's exhaustive foreknowledge is the same as the historic Socinian denial of this classical Christian doctrine.

The open theists hold to a particular version of free will (libertarianism), a view that they consider to be incompatible not merely with foreordination but also with foreknowledge. The Socinians held to the same beliefs around four hundred years ago. Open theism found significant historic precedent in the Socinian remodification of God's prescience.

Is God all-knowing? Yes, in the Socinian sense. Never has a great intellectual discovery passed with less notice by the world than the Socinian discovery of the proper meaning of omniscience. To this day works of reference fail to tell us about it. (Omnipotence and Other Theological Mistakes, p. 27, quoted by Erickson, What Does God Know & When Does He Know It? p. 128)

What Hartshorne meant by "all-knowing...in the Socinian sense" can be seen from the following written by him in 1941, and in the words written by Clark Pinnock in 1986:

We could then say that omniscience is all the knowledge that is possible, which by definition is perfect knowledge, but that since some of the truths about the future could not be known at present, omniscience does not know them. (Man's Vision of God and the Logic of Theism, p. 140)

God is omniscient in the sense that he knows everything which can be known, just as God is omnipotent in the sense that he can do everything that can be done. But free actions are not entities which can be known. God can surmise what you will do next Friday, but cannot know it for certain because you have not done it yet. ("God limits his foreknowledge" in Predestination and Free Will: Four views of divine sovereignty & human freedom, eds. David Basinger & Randall Basinger, 1986)

However, the charge that the open theist view is Socinian has proved to be somewhat controversial. It is not hard to see why. The Socinians were heretics. They denied the Trinity, the deity of Christ, justification by faith alone, and penal substitution. That open theists have reproduced the Socinian view of divine foreknowledge is surely undeniable. The comparison, however, has not been well received.

In The God Who Risks (rev. 2007), John Sanders admits that the correspondence between the two views holds, "we acknowledge that heretics such as the sixteenth-century Anabaptist Fausto Socinus affirmed this view" (p. 170). He also says that "there is no historical linkage between open theists and Socinus" (p. 170). I quite agree. An argument to the contrary cannot and need not be made. The two views share the same methodology.

Sanders goes further than this when he says that "Erickson seems to agree with some evangelical critics of open theism who attempt to discredit the view by calling it "Socinianism" (p. 170).

Pinnock also wrote that "The hope is to dispose of openness theology by tying it to some known heresy...The fact is, open theists are trinitarian believers, which means the Socinian charge is wide of the mark." (Most Moved Mover, p. 107).

Pinnock notes that Robert Strimple, President Emeritus, Westminster Seminary California, identified the open view as Socinian, rather than Arminian, and chides him for not mentioning that "openness theists are orthodox in their Christology...The tactic is to position free will theists with known heretics if at all possible" (Most Moved Mover, p. 107, n. 122).

Sanders has accepted that open theists and Socinians are in agreement on omniscience. When Pinnock responded to the charge by saying "The fact is, open theists are trinitarian believers, which means the Socinian charge is wide of the mark" he was tilting at a windmill. No one, not least Robert Strimple, was equating open theists with Socinians at every point, and certainly not accusing them of being anti-trinitarian. One thing was clear. They had bidden farewell to Arminius and adopted the stance of Socinus.

That does not mean that revising omniscience in this way has no effect on other doctrines. Open theists, and their Socinian forebears, are logically consistent in their approach to libertarian freedom, and that to the cost of divine omniscience. Inevitably this does, and will, have an impact on other doctrines if the logic of the whole thing is carried through to its conclusion. At this point inconsistencies are a matter of gratitude and security. A Socinian doctrine of freedom and sin logically entailed a particular kind of Socinian saviour. The Socinians didn't need the kind of Saviour that the Reformed believed in.
Posted by Martin Downes at 1:18 PM