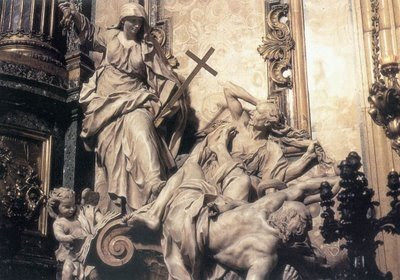 Hans Kung's Credo makes for curious reading.  As these four snippets illustrate, he retreats from the traditional biblical framework of Christian belief (how irrational to believe in the Fall in the modern world) and yet takes a giant existential (irrational) leap in the hope that macro evolution is meaningful:


"A perfect primal state--Fall--Redemption: three historical stages?...As if there ever had been a world without desire and death, devouring and being devoured." (p. 21)


"But the idea of an 'original sin'...can no longer be maintained, because there never was this human couple who sinned for all humankind." (p. 21)


"While we may not be able to prove that the whole process is fundamentally meaningful, we may presuppose this meaning in trust." (p. 25)

"Only a yes in faith to a primal ground, primal base and primal meaning can answer the question of the origin, basis and goal of the evolutionary process and thus give people hope for an ultimate certainty and security." (p. 26)

Posted by Martin Downes at 7:43 PM