Thomas Hardy and the Doctrine of Providence 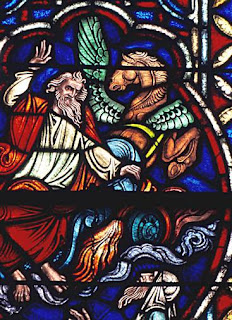 "Darkness and silence ruled everywhere around.  Above them rose the primeval yews and oaks of The Chase, in which there poised gentle roosting birds in their last nap; and about them stole the hopping rabbits and hares.  But, might some say, where was Tess's guardian angel? Where was the providence of her simple faith?  Perhaps, like that other god of whom the ironical Tishbite spoke, he was talking, or he was pursuing, or he was on a journey, or he was sleeping and not to be awaked."
Tess of the D'Urbervilles (1891)
"What has Providence done to Mr Hardy that he should rise up in the arable land of Wessex
and shake his fist at his Creator?"
Edmund Gosse (1896)
I re-read Hardy's magisterial Tess of the D'Urbervilles last summer some fifteen years after my first exposure to it.  For all his invectives against the doctrine of providence, that lie in the text like sermons in miniature, for all his widening of the fissures in Victorian Christianity and undermining of confidence in the God of the Bible, the name of the malevolent deity who causes Tess Durbeyfield to suffer so much at the hands of men is of course none other than Thomas Hardy.

As the author of the tragedy Hardy is both primary cause of all the events and the determiner of how the secondary causes fall out.

When Tess joins in with the laughter directed toward Car Darch, the Queen of Spades, Car singles her out for retribution.  Tess, says Hardy, "could not help joining in with the rest" but "It was a misfortune -- in more ways than one."  The confrontation is soon followed by the untimely arrival of the would-be rescuer Alec D'Urberville.  As they ride off Car's mother remarks that it is "Out of the frying pan into the fire!"  Tess will soon be "Maiden no more."

Later in the volume Tess's attempt to reveal her past to Angel Clare, before their marriage, is thwarted by a trivial occurrence.  Having slipped her written confession underneath the door of his den at Talbothays she finds it unopened a few days later having "in her haste thrust it beneath the carpet as well as beneath the door."  With the revealtion still sealed Hardy comments that "The mountain had not yet been removed."

Hardy's own explanation for invoking the "President of the Immortals" whose work of sporting with Tess ends with her execution, was that it was not uncommon in imaginative prose and poetry for "the forces opposed to the heroine" to be "allegorized as a personality."  The offering of the explanation was one thing, the plausibility of the explanation another, especially as so many of his principle characters suffer at the hands of the author.

The observations of Hardy's critic Irving Howe are worth noting:

A similar assessment has been made by Claire Tomalin in her biography of Thomas Hardy:


To suggest that readers should see that "the President of the Immortals" is meant only to symbolize the forces of society that brought Tess down will not do as a defence.  There is something more there, something that makes sport with her sufferings, and making sport with suffering is cruelty.

Given the opaqueness of his bleak fatalism, even though he regarded himself as a meliorist, Tomalin offers the following summary:


Neither Hardy nor anyone else explained where his black view of life came from.  I have suggested that something in his constitution made him extraordinarily sensitive to humiliations, griefs and disappointments, and that the wounds they inflicted never healed but went on hurting him throughout his life.  In a sense he never got over his loss of Christian belief, which removed hope.

Posted by Martin Downes at 1:16 PM

Hardy's poem 'The Convergence of the Twain' is an interesting insight into his theology.

It is about the sinking of the Titanic. As it was being built by men God was creating the iceberg that would destroy it. Hardy's deity is seen as malevolent. Jude the Obscure (his last novel) explores this malevolence too.

Hardy's God has no gospel intention.

Just out of curiousity, I am thinking if anybody thought that maybe the convergence of the twain was written about the death of Hardy's wife?Does anyone know the details of her death , I am still thinking about it. Its really intriguing.