Thou who wast rich beyond all splendour 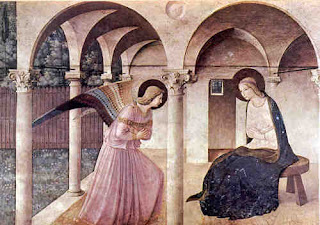 "His self emptying was not a single loss or bereavement,
but a growing poorer and poorer,
until at last nothing was left him
but a piece of ground where he could weep
and a cross whereon he could die."

Abraham Kuyper
Jesus is both God and man, having two natures in one person.  Scripture emphasises this, in part, by telling us what he became, and in doing so also telling what he was before that.  The Shorter Catechism helpfully expresses this truth in the twenty first question and answer (emphasis added):

2 Corinthians 8:9; Phil. 2:7; and John 1:14 lie behind the words of Maxentius (below), and the first of these verses lies behind the anecdote about the Welsh nineteenth century preacher David Morgan:

We do not confound the diversity of natures, howbeit we believe not what you affirm, that Christ was made God; but we believe that God was made Christ.  For he was not made rich when he was poor; but being rich, he was made poor, that he might make us rich.

On 23rd December 1858, David Morgan ministered at Pen-llwyn and his preaching had a marked prophetic quality:

In the middle of his sermon he startled his audience by suddenly exclaiming, 'If any of you tonight deny the deity of the Son, I have nothing better to tell you than what Morgan Howell, Newport, shouted on Lampeter bridge, "Though he was rich, yet for our sakes he became poor. He became poor when He came to Bethlehem; tell me, when was He rich?"'

This remark was utterly irrelevant to the preacher's subject matter, and no one could conjecture whence it came, and wither it went. The mystery was solved in the after-meeting, for among the converts were three Unitarians...whose presence in the service was quite accidental, and certainly unknown to the preacher.

Posted by Martin Downes at 1:54 PM