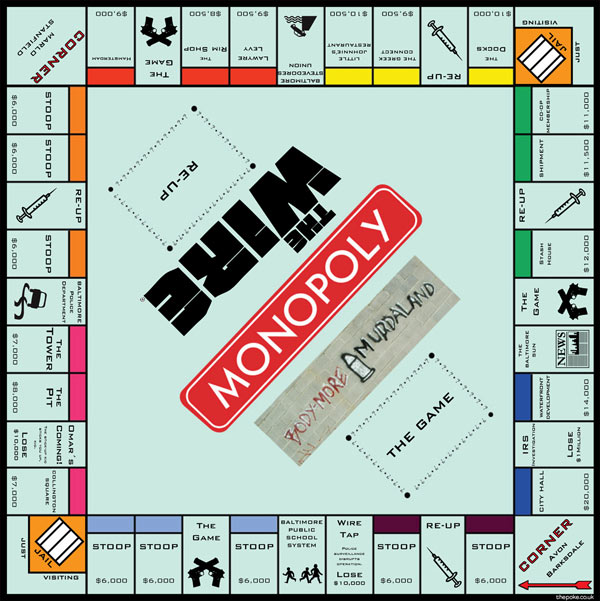 The following article by Ted Turnau appeared in the Evangelical Magazine September/October 2010.  I think that it is worth a read.  Ted Turnau is a professor at the Anglo-American College, Prague, and at the Centre for Media Studies at Charles University.

On being as wise as serpents

Why and how Christians should engage popular culture

One of the issues that has perennially dogged the Christian church is the issue of how to relate to the culture that surrounds us, especially popular culture. Are we to separate from it, in order to preserve our purity? Or should we go along with the flow, so we can better relate to those in the culture. Both options have their strong points – maintaining purity is essential, as is relating to those who have no place for Christ in their lives. But both miss the mark, biblically speaking. The Bible supports neither a knee-jerk rejection of culture, nor an uncritical acceptance of it. We are to be both as  wise as serpents and as innocent as doves (Matt. 10:16), both engaged with our culture and distinctive from it. It could hardly be otherwise.

If the people we seek are immersed in the surrounding culture, in its worldview and worship, then obviously we must understand that culture if we are to speak to the concerns of their hearts. But just as obviously, we cannot simply uncritically imbibe the surrounding culture so that we blend in, chameleon-like. We cannot simply share their system of life and worship, for we would have nothing distinctive to offer. How do we maintain this balance? We must intentionally and critically engage the surrounding culture, especially culture that has the widest impact: popular culture.  Here are a few practical points on Christian engagement of popular culture.

Whatever else popular culture is, it is not trivial, because it is an expression of faith and worship.

Not too long ago, I watched Andrea Arnold’s gritty estate-drama Fish Tank (2009). The lead character, the young, frustrated Mia, lives for hip-hop dancing. Her life is infused with its rhythms, its lyrics of urban despair. In a sense, her dance training is a form of worship, her grasping at salvation. It is the same with all popular culture: they are all, ultimately, forms of worship. We need to see them as expressions of non-Christian faiths, non-Christian worldviews. Popular culture is, in this sense, like a mission field in your own home town.

Not all popular culture is equally meaningful.

Even though popular culture is not trivial (it represents an alternate form of worship and belief), some pieces of popular culture are more worthy of attention than others. Much popular culture can be ephemeral, like bubbles in a can of soda. But there are other pieces that have real depth, real staying power. If you find keeping up with popular culture too much, find a few artists working in popular culture who have the ability to really tap into the spirit of the age. Thom Yorke of the band Radiohead is one such, as is the television writer/producer Joss Whedon (creator of various sci-fi/fantasy series), or David Simon (creator of The Wire). Pay attention to the musicians, writers, and directors who make a difference. These are the ones who produce works of depth and meaning. They could be called ‘cultural leaders’. They lay paths that the rest of the culture follows.

Not every piece of popular culture is appropriate for engagement.

If we are to be wise as serpents and remain innocent as doves, we need to be careful not to put ourselves (or our children) in the path of temptation. Hard and fast rules are not typically helpful here. Rather, we need to know the idols of the heart that we ourselves are attracted to, where we are weak, territory that ought to remain off-limits for us. We also need to think through issues such as age-appropriateness, which will be different for different children. It is important to engage popular culture, but we must do so without compromising our walk with the Lord.

Popular culture works by creating imaginative landscapes for us to inhabit.

Popular culture works not by blurting out a message, but through appealing to the imagination. A television show does not simply convey a message, such as ‘Life is meaningless, so have all the fun you can while you can’. Rather, it tells a story in which someone discovers the ‘truth’ of that message; it tells it in a style that underlines that message, and it invites us along for the journey. Popular culture works indirectly, suggestively, not like a slogan at a political rally, but like a poem or a song. It draws you in and gets under your skin. Therefore, you must be intentional in your approach to popular culture so that you understand its effects on the imagination (including the imaginations of your friends and neighbours).

When thinking about a piece of popular culture, it pays to know the tricks of the trade.

Engaging popular culture means exploring the imaginative world, exploring the details of the stories it tells, the styles that it exhibits or fashions for us. That means you should try to understand how popular cultural producers do what they do. If you are considering a movie, think about things such as lighting, camera angle, shot selection, music, and so forth. If you are thinking about a song, pay attention to chords, rhythm, genre, instrumentation, as well as the lyrics. By paying attention to these details, you become more familiar with the imaginative landscape that the popular work invites you to inhabit.

Every piece of popular culture is a complicated mixture of grace and idolatry.

For example, James Cameron’s summer blockbuster Avatar (2009) won accolades for its stunning visual effects, and rightly so. The digital artistry created a beautiful and fascinating alien world filled with realistic and delightful creatures. It served to remind us of the real and delightful creatures God has made. In this way, the film served as a reflection of God’s creative artistry, and ultimately, the beauty and power of God Himself. But the film bends that fragment of grace into the service of pagan nature worship (the nature deity ‘Eywa’). Likewise, all meaningful and attractive popular culture succeeds by drawing its audience in with such reflections of God’s beauty, while putting those grace fragments into service to another god.

Think carefully about how to undermine the idol, and how the gospel applies to the piece of popular culture you’re sharing with friends.

Popular culture often uses ‘grace fragments’ to steer the imagination towards an idol. Think of ways that the idol shows itself to be inadequate and false, and how the Christian worldview and the riches of the gospel offer a better alternative.

Look for occasions where you can experience popular culture together with friends and family (both Christian and non-Christian).

My wife and I host movie discussion nights for my students every fortnight. You may not want to do something so formal, but you should seek out opportunities to experience popular culture together with people you care about. Listen to the music your children listen to. Go see a movie with friends. Invite friends over for dinner and a few episodes of your favourite television series on DVD. Open up your homes and your lives to be shared with family, friends and neighbours.

If we carefully consider the popular culture that surrounds us, we can develop biblical wisdom that neither dismisses it nor blindly accepts it. Such a wisdom that is ‘in the world, but not of the world’ can be very attractive to non-Christians who need Christ, but cannot see what difference He can make. By engaging popular culture, we can speak of Christ in a language familiar to them. And that can make all the difference.
Posted by Martin Downes at 2:57 PM

Thanks for this thoughtful and perceptive post. I hope you enjoy this attempt to engage the spoken word poetry culture with a bit of their own irony.

Yes, thanks for a helpful post on a difficult subject. I have one question. You write:

My question is:how can we gain such knowledge without becoming so immersed in culture that we are compromised by it; without it becoming 'a weight' or a defilement?

I feel over the years I gained a fair expertise in the world of cinema but it was at the expense of a spiritual purity. I find it very difficult to align 'whatsoever things are pure... ' with much cultural engagement.

Thank-you for sharing this. Many good points.

A question for all who wish to reply: If you like or use the expressions "engage the culture" or "cultural engagement", how do you define those expressions? I personally find these expressions vague and unhelpful, though somewhat popular.

Thank you for posting comments. The article is by Ted Turnau and he would need to answer the specifics of the important questions that you ask.

Maybe we could track him down...

Your comment about not all parts of pop culture being meaningful is half true. The fact is that it exists because there is a demand for it.

Therefore, while it may be garbage, it reveals two things: (a) that the background noise of our society is a demand for low-grade entertainment. This is meaningful and important to recognise in and of itself; (b) that people ascribe value to it (at least enough to spend their time on it) is important evangelistically. If we want them to engage with what we think is important, we at least have to give some attention to what they are interested in, and why.

I suggest that a useful way to answer Mark's question about "cultural engagement" is that we want to know what cultural artefacts make people tick in this society, and why they appeal so much. Because the appeal we ourselves are making doesn't come in a vacuum. People will judge its relative importance against the background of all the other things that currently fill their lives.

When I took my Masters in postmodern philosophy I had the chance to meet and interact for a year with students and tutors who wouldn't have given me a minute of their time unless I was prepared to sit and talk with them about the things that interested and engaged them.

Like Paul with the idols in Athens, we engage with the things of culture because we want to engage the people who adulate that culture, with the gospel.

You can track him down! He's on twitter (just search his name) and has 'Movie Night kit' on a website called: