Morality without God: How will that work? 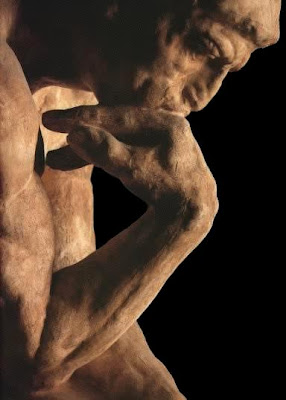 It is curious how the media freely makes moral pronouncements on the behaviour of politicians and sportsmen. How can they navigate this moral terrain whilst treading on the God given internal moral compass and dismissing the external one in the Word that alone can set the right moral direction?

For all his efforts to re-write the constitution of the universe man remains a creature on the run from God, never fully able to escape his created identity and accountability.

The Times has a brief but interesting set of comments on the state of Britain from N. T. Wright, Bishop of Durham and doyen of new perspective thinkers, with the title "Labour has erased God from political life." You can read the whole thing here. But given that I have mentioned the new perspective(s) then you may want to stroll over to the Ligonier site and take a peek at the latest edition of Table Talk and their resources page on NPP matters is here.

Here are some highlights:

The Bishop of Durham, Dr Tom Wright, the fourth-most-senior in the church hierarchy, warned that the British public had been left to “lurch in a sea of amoralism”. The Prime Minister had become akin to an “absolute monarch” with little or no accountability, he added.

In a scathing attack on Labour’s record on issues such as Iraq, assisted dying and equality legislation, he said: “Our present political class are probably the last people to be making decisions about a constitution and the last to be pronouncing on the place of God in politics and government.”

...he warned. “We have lived as a Western society by a particular set of stories which are substantially Enlightenment stories, about science solving all our ills. The Enlightenment kicked God upstairs like the elderly relative in the attic,” he said. This meant rulers felt free to do what they wanted and they had forgotten they were answerable to God.

The expenses scandal was one consequence. “Theology abhors a vacuum. If you get rid of God you inflate yourself to be divine instead.” He feared this was what had happened in Britain, where Tony Blair’s spokesman Alastair Campbell famously said: “We don’t do God.”

Given the immorality that is performed in the name of God, with God's sanction, and under God's eyes, I would say that Christians (and the religious in general) are on very thin grounds arguing against the immorality of the non-religious.

This is not a historical artifact. We can see this very day a preponderance of immorality - of murders, of flying and cheating, etc. - in the religious community, to much greater extents than in the secular community.

As a nonbeliever, I take no offence in your practise of your faith, and I am happy to see you believe as you wish. But please do not lecture people like me against our supposed moral weakness before looking in a mirror.

As God said, "Let he who is without guilt cast the first stone."

My point is not about lecturing anyone on their moral weakness. My point is, how do you define immortality at all? What is the standard?

"murders...in the religious community, to much greater extents than in the secular community.

huh? Your statement has no basis in reality. The last 100 years have been the bloodiest in the history of mankind and were intellectually dominated by Darwinism and Marxism.

I didn't know that the godless thought flying was sinful. That's a new one to me. ;)

The presumption is in the belief that morality can be defined by something as simple as a standard, when it is in fact complex and difficult to describe succinctly.

For example, principles such as Kant's "treat people as ends in themselves" and his categorical imperative, or Mill's principle of utility, each play a role in morality and interact in complex and not always predictable ways.

None of them stands alone as a principle, and a system of morality based on only one such principle would, sooner or later, result in a perversion of morality in the name of the principle. Thus it is with all standard-base or principle-based moralities.

Morality is a complex weaving or tapestry formed from a variety of principles founded on various perspectives and understanding of people, their environment, and their beliefs.

The nature of morality requires us to go beyond religion, requires us to see ourselves not as a privileged seat of moral understanding but as one player in a multifaceted chorus that, together, describes an interwoven, comprehensive, and in some senses infeffable morality.

The idea that religion provides some sort of dispensation from participation in this broader dialogue is what leads people to a narrower, self-justified sense of morality, one in which their personal understanding, to them, outweighs consideration of the broader ethos.

If we take seriously the precept that people matter in themselves, that their happiness is a matter of moral import, that spirituality and devotion are things that can happen in people other than ourselves, then it is necessary to think of morality as broader than religion, and therefore, not to be founded in religion.

NT Wright is either naive or he has an agenda. Maybe both.

The Enlightenment and by extension modernity has its roots in religion. Specifically Western Christianity. To be more precise, Protestantism.

The intellectual millieu of philosophers such as Leibniz, Kant, Hegel, Kierkegaard, was Lutheran. In varying ways, they either sought to re-apply, modify, develop Luther's worldview and theology. For example, Kant's heteronomous law based on the autonomy of the will was a rejection of Luther's bondage of the will. Hegel's dialectic was based on the filioque. His synthesis as ending the Law is a deviation from Luther's teaching that the Law ends only in Christ.

Religion figures heavily in the writings of the later philosophers. You cannot escape from religion. Secularism never erased religion from the public square. It just made religion anonymous. And this anonymity was already grounded in the Western PRE-modern/Enlightenment philosophy which says separated nature theology from divine revelation, itself grounded in the idea that philosophy is a handmaiden or function of theology. This is the nub of the matter.

Alastair Campbell may have said 'We don't do God' but the POLITICS of Blair and Brown are steeped in a religious worldview. Global warming has an apocalyptic dimension to it. The war on Afghanistan and Iraq is backed by religious values - messianic vision to spread democracy and freedom. The EU has a religious origin - the founders were Jesuit-trained proponents of Roman Catholic (Thomistic) social teaching, which is simply religious fascism.

Of course such naivety is not limited to people like Wright. The modern evangelical scene like the New Calvinists displays incredible naivety regarding culture. Just take one example: Hollywood.

No wonder Christianity is in such disrepute in the Western world today.

Though your comment is rather bombastic at the end, Augustinian Successor, you have an excellent point. I'd add that not only are secular ideas founded in religious ones, but religous ideas have everthying to do with secular thought. What would Christianity be without ancient Greek and Roman philosphy?

While using relgious language changes the dynamics of a conversation about morality, it is only one factor. Two educated, devout Christians are likely to have different oppinions on any given controversial moral issue.