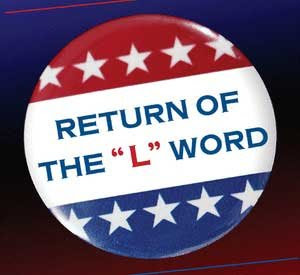 With regard to those issues it is worth taking a look at the conflict over the nature and authority of Scripture that marked the Presbyterian controversies of the 1920s. In particular the question of whether the Word of God written, as originally given, contained truth and error.

In 1923 the General Assembly of the Presbyterian Church in the U.S.A. affirmed that:

"It is an essential doctrine of the Word of God and our Standards, that the Holy Spirit did so inspire, guide and move the writers of Holy Scripture as to keep them from error."

This affirmation was the first of five originally put forward in 1910 and reaffirmed in 1923. All candidates for the ministry were required to affirm these statements in order to be ordained. The "Doctrinal Delieverance of 1910" can be read here.

In response to this the so-called Auburn Affirmation was published in January 1924. Originally signed by 150 pastors and elders, this number grew to 1274 by the time that the document was republished in early May 1924. Darryl Hart notes that this was 13% of the denominations clergy.

The document was designed to "safeguard the liberty and unity of the church" in the face of "persistent attempts" to "divide the church and abridge its freedom." This was a rhetorical ploy, piously phrased, to uncouple the church from confessional requirements. Above all, the Auburn Affirmation endorsed doctrinal indifferentism.

The Affirmation had this to say about the wording of the 1910/1923 doctrinal deliverance on inerrancy:

There is no assertion in the Scriptures that their writers were kept "from error." The Confession of Faith does not make this assertion; and it is significant that this assertion is not to be found in the Apostle's Creed or the Nicene Creed or in any of the great Reformation confessions. The doctrine of inerrancy, intended to enhance the authority of the Scriptures, in fact impairs their supreme authority for faith and life, and weakens the testimony of the church to the power of God unto salvation through Jesus Christ. We hold that the General Assembly of 1923, in asserting that "the Holy Spirit did so inspire, guide and move the writers of Holy Scripture as to keep them from error," spoke without warrant of the Scriptures or of the Confession of Faith. We hold rather to the words of the Confession of Faith, that the Scriptures "are given by inspiration of God, to be the rule of faith and life." (Conf. I, ii).

The Auburn Affirmation is available in full here.

In an address originally given in 1935 Gordon Clark made the following observations (the last paragraph is significant):

Now kindly note this strange fact. The Auburn Affirmation states that to believe the Bible is true impairs its authority and weakens the testimony of the Church. Or, in other words, in order for the Bible to be authoritative, it must contain error; and, no doubt, the more erroneous it is, the more authoritative it can be.

But what does the Confession say? In Chapter I, Section 4, you may read: 'The authority of the Holy Scriptures, for which it ought to be believed and obeyed, dependeth--wholly upon God (who is truth itself) the author thereof; and therefore it is to be received, because it is the Word of God."

Study also Chapter XIV, Section 2. "By this (saving) faith, a Christian believeth to be true whatsoever is revealed in the Word, for the authority of God Himself speaking therein..."

The Auburn Affirmation says it is wrong and harmful to believe true whatsoever is revealed. Thus the signers of the Auburn Affirmation are seen to be antagonistic to the very basis of Christian faith. In denying the truth of the Bible, they repudiate their own Confession, and so have no rightful place in the Presbyterian ministry. Do they perchance reply that they agree with the Confession that the Scriptures are the Word of God, and that they deny only that the Scriptures are inerrant? God forbid that they make that reply. For if they say that they believe the Bible is the Word of God, and at the same time claim that the Bible contains error, it follows, does it not, that they call God a liar, since He has spoken falsely? Either they have openly repudiated the Confession or else they have called God a liar. In either case they have no rightful place in the Presbyterian ministry.

Posted by Martin Downes at 1:21 PM

To assert that the Bible contains errors is a very stupid thing to do, for it is to verily undercut the very BASIS of one's salvation.

Then the history of SALVATION(Heilgeschichte) will be deprived of a HISTORICAL basis. The Bible does *not* contain *ordinary* history. The Bible contains EXTRA-ordinary history - history which relates God's "mighty intervention" in the life of His people.

As such, there is NO basis to discriminate one event as ahistorical and the other as historical. It is precisely by denying the inerrancy of the Bible that DIVINE revelation would degenerate into myths and sagas. Simply because divine revelation is *mediated* through HUMAN history. Deny the HISTORICITY of the Bible, one denies the VALIDITY of divine revelation.

In other words, Heilgeschichte is SELF-CONTRADICTORY and loses its objectivity when construed ala neo-orthodoxy, liberalism etc.

I hear what you're saying, and I think I understand what the verses you sited are saying. The question I want to pose, though, is this: are the words that we use to relay these things getting in our way? Here's something I posted a while back on a different issue but which kind of gets to the heart of what I'm thinking here. I'd love to know what you think.

Grace and Peace,
Raffi
Parables of a Prodigal World

"Did a vengeful God appease his bloodthirst by requiring the sacrifice of His own son because he so loved us? Absolutely not!"

Actually, Reformed theology NEVER says that the Cross was required to appease a vengeful God. REFORMED theology precisely teaches predestination - election and reprobation. The Reformed appeal to Romans 9 to teach that from before the foundations of the world, God loved Jacob and hated Esau. Whether or not this hatred of Esau is supralapsarian or infralapsarian, is a different issue. But the Cross is NOT a response by God to temporal events. The Cross represents the ETERNAL plan of God. St. Peter even boldly says that Jesus is the Lamb of God slain from before the foundations of the world. In other words, God has already decided beforehand He will send Only-Begotten Son - the Second person of the Trinity - to die for the sins of the elect.

So, a vengeful God? Not on the Reformed by any account. It would be a misconception.

But does God respond in any way at all? He does. God responds the actions of men in time and space. But God does not respond to DESTINY men in TIME and SPACE. Their destiny has been PRE-determined. Their destiny, therefore, determines their action.

This is classic, historic, authentic, etc. Protestant aka Evangelical theology as represented by e.g. the Bondage of the Will (Luther) and the Institutes (Calvin).

So, the wrath of God establishes an entirely new kind of situation. Not a change but something completely NEW.

"The wrath of God is ever PRESENT."

So, in wrath, God showed mercy. However, God shows mercy to who He will show mercy (as per Romans 9). Those whom God does not DO mercy remains under the wrath of God FOREVER.

This is how and why Jesus could pray for the elect, Father, FORGIVE them for they know not what they do ...

So, Raffi, the IDEA that God is "bloodthirsty" *obscures* or gets in the way of the fact. And this is that it is WE who were the ones who were BLOODTHIRSTY. We KILLED the Son of God. Jesus forgave sins, healed the sick, fed the hungry, etc. yet the people cried for his blood.

So, those who dislike traditional doctrine like substitutionary atonement obscure the facts of the matter.