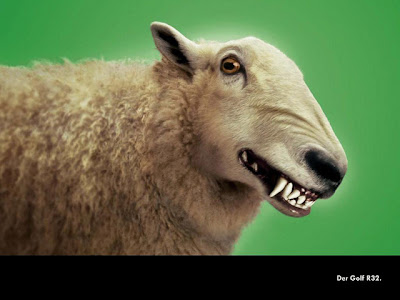 What is Paul's approach to this false teaching?

Paul's concern was not so much to describe the false teaching but to charge Timothy to stop the false teachers teaching it. His language shows his mind on it. Paul is scornful. The genealogies are endless! Gallons of ink has been spilt on working out what these heresies were. Paul is content with minimum reportage for either Timothy is very familiar with them or else his attention is being directed elsewhere. Titus received similar advise, these things were foolish, unprofitable and worthless (Titus 3:9).

The Directory of Public Worship has a striking comment, in the section on preaching, about dealing with false doctrine:

In confutation of false doctrines, he (the preacher) is neither to raise an old heresy from the grave, nor to mention a blasphemous opinion unnecessarily: but, if the people be in danger of an error, he is to confute it soundly, and endeavour to satisfy their judgements and consciences against all objections. (p. 380)Timothy's ministry is to be essentially positive. He is to ensure right doctrine and conduct in God's household (3:14-16), devoting himself to the public reading of Scripture, teaching and exhortation (4:13). He must deal with the clear and present danger that the people are in. But when they are not in danger why trouble them with things that are unprofitable? Buchanan, and the Directory, caution us to concentrate on the positive truths of the gospel.

What does it lead to?

Nothing good. Sound doctrine leads to sound living, the gospel promotes godliness. Ungodly behaviour is the natural outworking of doctrines that are not true. They promote speculations and vain discussion not love that issues in a pure heart, a good conscience and a sincere faith (1:5-6). Let go of faith and a good conscience and you will be shipwrecked like Hymenaeus and Alexander (1:19-20). Depart from the “faith” and you will end up with deceitful spirits and demonic doctrines, and the insincerity of liars with seared consciences whose moral teaching contradicts the Word of God (4:1-5).

At the close of the letter Paul paints an ugly portrait of those who believe this different teaching. “He is puffed up with conceit and understands nothing. He has an unhealthy craving for controversy and for quarrels about words, which produce envy, dissension, slander, evil suspicions, and constant friction among people who are depraved in mind and deprived of the truth” (6:4-5). Their teaching is shown to be false by its practical outcome. G. K. Chesterton wrote that “heresy always affects morality, if it's heretical enough”.

The end result interests Paul. It is speculation and dispute. The very content and nature of this teaching fails to promote what the apostolic gospel promotes. Shame on us when we tolerate sins and attitudes that we know are not consistent with the gospel. Calvin's letter to Laelio Socinus (the uncle of Faustus, the heretical genius behind the Racovian Catechism) is worth pondering:

I am very greatly grieved that the fine talents with which God has endowed you, should be so occupied not only with what is vain and fruitless, but that they should also be injured by pernicious figments...I should be cruel towards you did I treat with a show of indulgence what I believe to be a very dangerous error. I should prefer, accordingly, offending you a little at present by my severity, rather than allow you to indulge unchecked in the fascinating allurements of curiosity. (Letter 30, p. 129)But Laelio's ears were deaf as well as itching.

1. Ministers must be polemical in their public teaching when they need to be, but not otherwise. In the course of expounding passages dealing with these matters, and when there is real threat. In their private study there is of course need to be aware of men and movements that are dangerous. This is not an appeal for ignorance or dropping our guard.

2. Congregations should be spared from hearing about the specific details of false teaching unless it is absolutely necessary. There are winds of doctrine in the evangelical world, but are they affecting us? Should we not concentrate on things that are? If false teaching is unprofitable and worthless what good can come from considering it? Should we not look at our own sins and situations and address those issues instead?

3. Concentrate on the positive upbuilding of the church. There is work enough here. The rest of 1 Timothy expands on this. Buchanan says that truth is one, more is gained by the positive exposition of the truth than by detailing the forms of error which are multiple. Don't waste time on matters that are not a threat to your situation. The time is short. Is that not how Nehemiah treated his opponents? Put good things before the church and have nothing to do with silly, irreverent myths (4:6-7).

4. Guard your heart and your ministry. As Francis Schaeffer once wrote, reflecting on the battle for the gospel in the 1930s, “be careful what habits you pick up in controversy”. Dr. Lloyd-Jones made the same point in his discussion with T. T. Shields. A polemical ministry is necessary, we must contend for the faith, but we must guard against a contentious spirit. Preoccupation with error is not good for the minister or the church. This is Paul's charge to Titus. The gospel of salvation is excellent for people, the root of faith promotes the fruit of good works. This is profitable. But these other teachings are unprofitable and useless. Avoid them, they thrive in an atmosphere of contention (Titus 3:9-11).
Posted by Martin Downes at 8:11 AM

Jude encourages the believers of his time to "defend" God's unchanging truth, we're also encouraged to
"Prove all things" "rightly dividing the word of truth". The debate between Mr. Don Preston and Mr. Melvin Jones
is as biblical as it gets when there're disagreements between believes, every believer should be thrilled
that the man of God has chosen not act as the world, but as men of God trying eschatology by the Word of God.