Christ in the OT: Present or Absent? 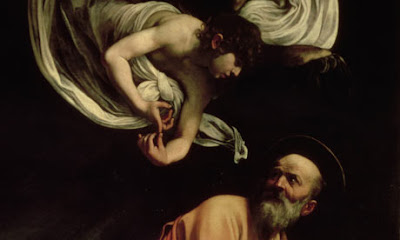 There are several options open to exegetes when grappling with the real presence or absence of Christ in the OT:

A) Christ was ontologically present (ruling, leading, saving, speaking to his people) but cognitively absent.

In other words he ruled, lead, saved and spoke to his people, but was The Jesus They Never Knew, as he was never revealed to them, or never revealed himself, as their Saviour-King.  The self-revealing of distinct persons of the Godhead being a matter that omitted from the revelation granted to the OT saints (although many exegetes would allow for puzzling, cryptic hints at plurality.  Therefore he was not personally addressed by his people in their prayers, was never the object of their worship, obedience, trust etc.

The tension between presence and absence can be explained from a variety of theological perspectives on a spectrum extending from liberal to conservative.  More on this in later posts.

B) Christ was ontologically and cognitively present to his people.

Pre-Augustine it was common to understand OT theophanies as the appearance of the Son of God to his people (a point made by H. P. Liddon in the Bampton Lectures on The Divinity of our Lord, 1866).

Manlio Simonetti underlines this in two footnotes in his Biblical Interpretation in the Early Church:


Following a tradition going back to the 2nd Century, Eusebius takes the Logos, the Son of God, as the object of these [appearances of God to the patriarchs and Moses], rather than God the Father.  (n. 3, p. 83)

Theophilus' one concern is to make it clear that the one who walked in Paradise and spoke with Adam, was not God the Father, but his Son, the Logos, the subject of all the Old Testament theophanies.  (n. 20, p.33)

Unless I am missing something; those quotes don't prove that Christ was known 'cognitively' to his people.

That he was present in those theophanies doesn't necessarily mean that people knew it was him who was present.

Martin: was it different in Wales a couple of decades back, or something? Because I recall as a child being taught quite explicitly that the theophanies were appearances of the pre-incarnate Christ. It wasn't until I came to England that I encountered any other view, and still find the alternatives all terribly unsatisfactory.

Chris, you'll have to forgive me for a lack of clarity in the layout and scope of the post. I wasn't trying to use the quotes to prove anything about 'cognition', but I really ought to have been clearer. That said I'm happy to provide evidence.

Phil, quite agree on the appropriateness of the Hebrews reference. And yes, outside of Wales things were/are christologically a little bleaker I'm sure. Augustine thought that the theophanies were appearances of angels.

The only two alternatives that I've heard in England were that the theopanies were God himself (usually pentecostals and charismatics), or Christ (most conservative evangelicals). I still don't think that verses like Hebrews 11:26 prove that Christ was cognitively known as such though - if only because the Old Testament would look quite different if that were so.

Thanks for responding Chris. I'm curious as to what you think the OT would look like if Christ was known in it. Care to expand on that?

Hi Martin, As a starter I'd expect to see;

References to the economy of God that were not also type and shadow.

The prophets constantly referring back to Abraham, Isaac etc. and the knowledge they had.

That's off the top of my head.

I think in the context that the church fathers probably existed - a Jewish influx into the church over multiple generations - this line of thought was a useful apologetic. I don't see any more reason to believe it than I would Augustine's story of Curma the farmer.

My own list is a little different. It would actually be similar to my expectations about NT texts. I wouldn't expect individual texts to bear the whole weight of the doctrine/argument, but would be looking for a cumulative or synthetic case.

It would include (off the top of my head)...

1. An indication that there are distinct divine persons and not merely personifications.

2. Divine actions being performed by these persons, a divine identity being ascribed to them, and divine attributes being applied to them.

3. Texts that refer to two or three divine persons in close proximity.

Some of the above merge into each other in certain OT texts.

On a final note I would also say that the OT saints looked forward to Christ's coming in the flesh in the way that we look forward to his second advent. All the essentials were as clear to them as they are to us, but that doesn't mean that their grasp of his first coming, and ours of his second, is not held without a confession of mystery as to all the details.

Your entire list could be present in the OT and proposition A could still be true. [I think all those things are present though sometimes in ways that allow multiple possible interpretations].

I would at that point rather ask this question; what propositional truths do you think the OT saints knew about Christ?