The heart of sophisticated unbelief 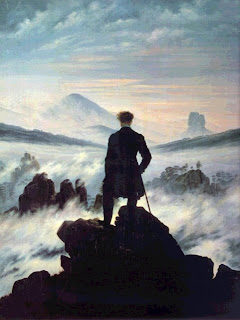 I'm reading through Mike Horton's stimulating new tome The Christian Faith: A Systematic Theology for Pilgrims On the Way (a mere 990 pages if one chops off the glossary and indices).  There is a fascinating footnote (p. 64, n.81, to be precise) with some representative extracts from Immanuel Kant.

Note the following from Religion and Rational Theology:

That is Enlightenment man showing incredulity toward the atonement.

What lays at the very heart of sophisticated unbelief?

An attempt to deny the claims of God.  The exclusion of God's assessment of our condition by nature and as a result of sin, the silencing of the voice from heaven in favour of our own meditations on our nature, identity and capacities.  The declaration that man and not the living God will have the final say as to what is right, true and good.

At the epistemic level Kant located himself on the side of the serpent.  The thoughtful and rational person, in Kant's vision, is too good to need saving, and certainly too thoughtful to flee to Christ and his cross for refuge, even if he is deserving of punishment.  Instead of bowing his head before the claims of the Heavenly King we are confronted with a resistance at every turn against the external pressure of God's revelation.

Horton sums it up perfectly:


Kant, therefore, saw with great clarity the correlation between one's presuppositions about the human predicament and religious epistemology.  None of the Enlightenment figures wanted knowledge for invoking the name of God (i.e., the gospel), because they did not believe they needed to be saved. (p. 110)

Posted by Martin Downes at 2:03 PM